Blurry Picture in the Distance

There are times in life when all seems muddy and unclear.  It's really that time of year, isn't it?  Time to wisely listen to the animals and hibernate a bit.  Its the time of year when I drag out magazines to look at new projects, new fabrics, and to think about people I want to work with and skills I need to learn.  I read a lot and cook and try to actively NOT think at times. 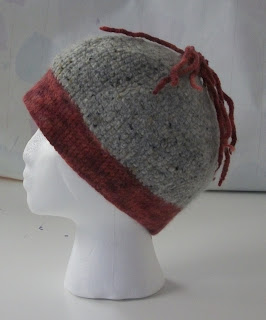 After a few weeks of this, something generally starts to emerge.  I am a list maker, essential for anyone balancing too much in their life, and if I lay the lists out next to each other I generally start to see a pattern of interest.  I can see now that there was no way I could sustain the amount of work that I was doing.  I think less teaching, or at least more isolated teaching, is in my future.  I love teaching, but I end up giving too much of myself and the transition between designing and teaching isn't as fluid for me right now.  I think now is a time to concentrate on design ideas and working on selling.

I went up to Showcase on Monday, just to have a look around. I was nearly certain that it wasn't for me, but I wanted to get some feedback on designs.  Not only did I get excellent feedback on my hats and scarves, but I really do think Showcase will be for me next year.  I have a lot to do to get ready, including perfecting my begging face when I have to go to the bank and look for a small business loan, but it will be worth it for the exposure.  The addition of the fashion show this year was really the clincher.  I was told that my work would have been perfect in the fashion show the night before, that I was on track with the style and textures and colours.

And I took a good hard look at what the other knitwear and felt people were doing.  There's no point replicating the same designs as we all look the same and it only creates a price war.  So I now have a fair idea of what I will make that will stand out from the crowd.  Now to just find the space to do it!  I am also seeking advice from a mentor and I am toying with the idea of changing my company name and re-branding. It's a bit fussy, but I think the name I have hasn't been connecting at all and now is the time to do it.  I have arrived at a name and mentor thinks it's good, too, so just have to think about it over the week and then order new business cards and labels for clothing.

Some progress is being made on sorting my house out.  I made a space for my dyeing microwave and now just need to find a space for all my dyeing equipment.  Not easy!!  Hopefully some space will be made available in the near future.  Meanwhile, I am working on samples to show a couple of shops who I am going to approach. I need to get all my details all organized so it looks like a cohesive package.  The mist is lifting and I can see the blurry picture in the distance!

And I also need to get taking some pics because this is all I had this week!
Posted by KerryFelter at 12:27 PM 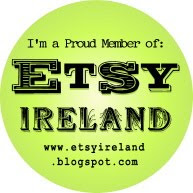